\"Uncover the dark secret behind the 400-year-old massacre of a Spanish expedition as Nathan Drake follows the murderous trail of an ancient and secret Spanish sect. Caught in the middle of a rivalry between Jason Dante - his old friend - and Marisa Chase - the granddaughter of an archeologist who has mysteriously vanished without a trace - Nathan Drake races into the treacherous river basins, undiscovered temple ruins and karst caverns of Central America in search of a legendary lost city, only to find himself pushed to the edge of the Golden Abyss.\"

Also comes with: 2hrs of cutscenes [same production as with PS3], every imaginable control method known to man, Nolan North. 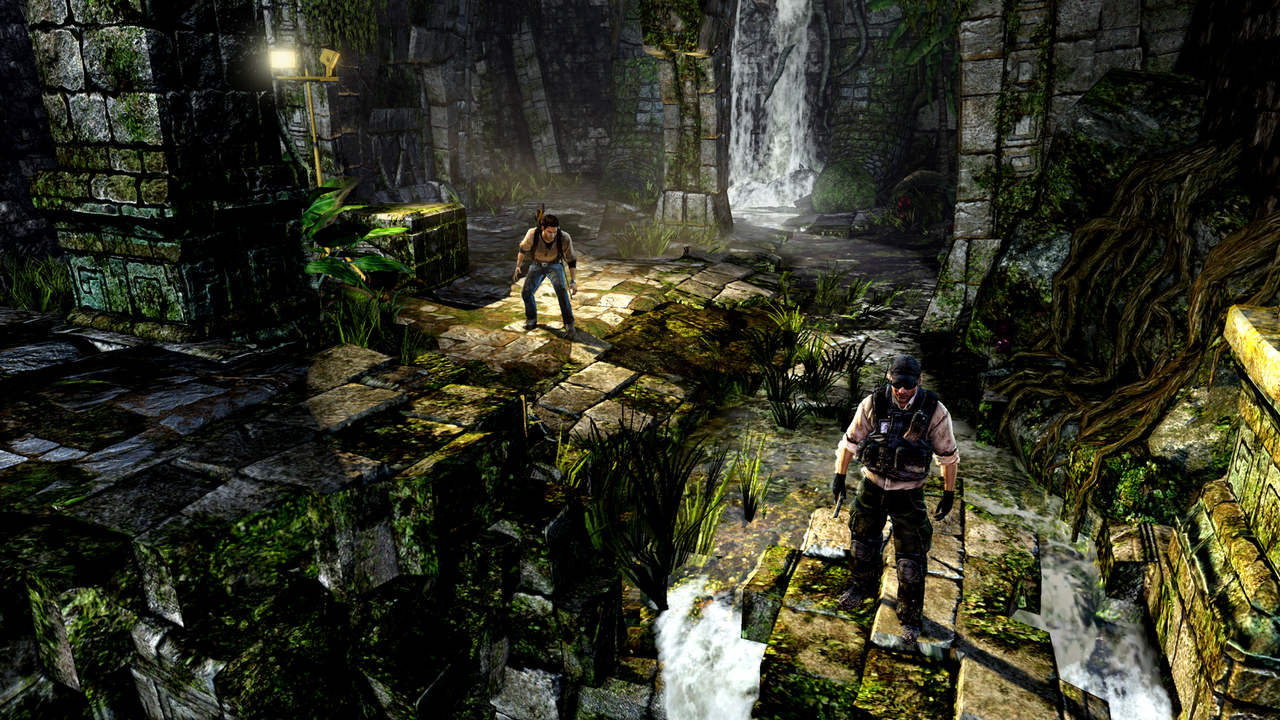